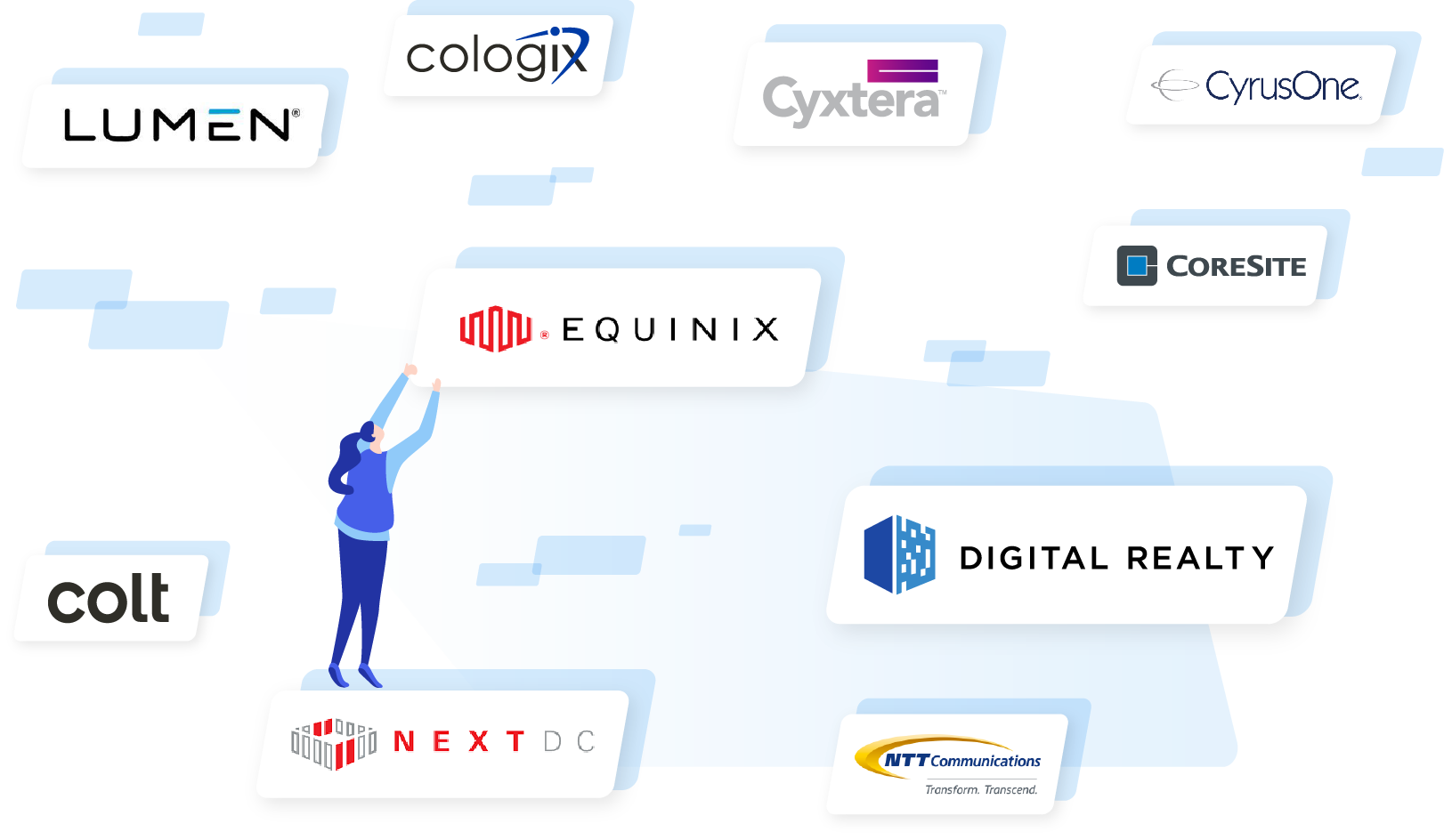 With Cloudscene, you can search and compare thousands of data center operators and cloud service providers across 110 countries. Cloudscene’s rankings provide further insight as to who the major players are in any given region and which markets are the most connected worldwide. 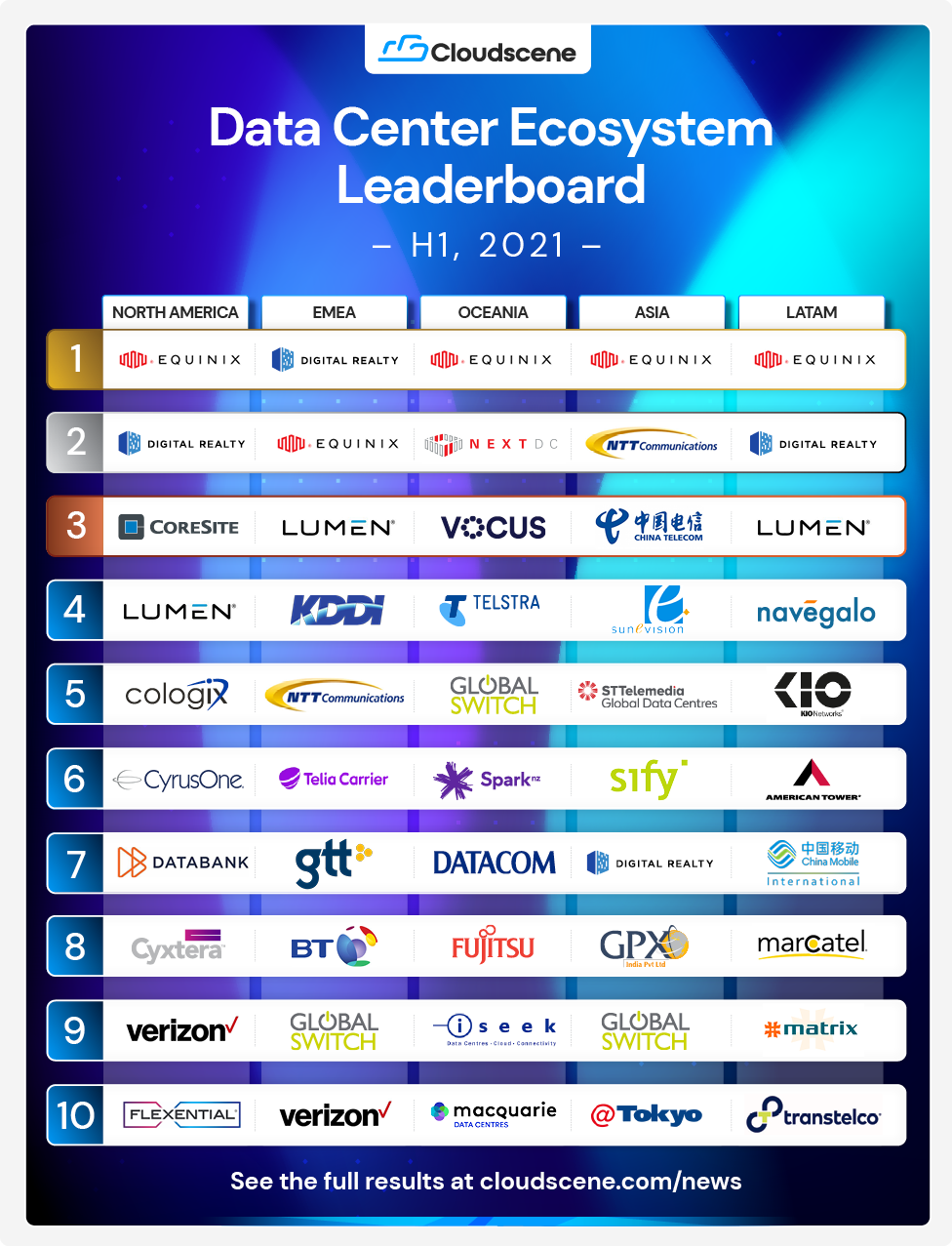 “Industry leaders have continued to expand their footprint to support the ever-increasing demand for data center, network, and cloud services, which has come about as a result of the global challenges across 2020 and 2021,” said Belle Lajoie, CEO, Cloudscene.

In H1, 2021, China Telecom has moved into the top ten in Asia, taking third place, while Equinix and NTT Communications remained in first and second position as ranked in Cloudscene’s H2, 2020 Data Center Ecosystem Leaderboard. Notably, Digital Realty has increased by three places, moving up to number seven on the Leaderboard.
‍
In EMEA, Digital Realty leads in first position, followed closely by Equinix. While Digital Realty remains in the top spot as the market leader for total data center footprint, service provider ecosystem, and network fabric presence, Equinix is the market leader for total cloud on-ramps and ranks competitively for all other categories. This has created a marginal gap in the rankings for the half-year.
‍
Lumen Technologies ranks in third place, while Verizon has moved into the top ten for EMEA, having expanded its data center presence in this region.

The results in LATAM have solidified Equinix, Digital Realty, and Lumen Technologies in the top three places for the region. Navégalo has advanced six places into fourth position, while China Mobile has moved into the top ten at number seven.
‍
North America’s top ten has remained steady with no movement within the rankings. Equinix, Digital Realty, and CoreSite have taken first, second, and third place, respectively.
Equinix, NEXTDC, and Vocus have kept the top three positions for Oceania. The results for this region have seen iSeek and Macquarie Data Centres switch places and reach ninth and tenth positions within the rankings.
‍
See the full results

Get started with Cloudscene today

Create a free account to start searching, sourcing, and selling the easy way.